To promote the usage of Linux and Free Software in Mauritius, we collaborated with YouCode to set up an initiation to Linux Workshop. The content of the course was carefully thought to help high and middle schoolers getting started with Linux.

The course curriculum is available here.

Details of the Event:

Saturday the 14th had a very bright morning and fortunately, despite I woke up late (I blame my phone for that) I managed to arrived at the convened time; 8:00 hours. Neil was already there as well as YouCode’s Co-Founder and Project Lead, Ruwiyah Mulung. The first thing we were to do was to install Kubuntu Virtual Machines on the LAB’s computers before the student start to come in. Everything was finally set by 9:00 so Rawiyah kickstarted the event by an introductory speech.

First speaker, Muzzamil from YouCode started by explaining the purpose of the computer Operating System, thereafter, he was backed by Sheekah who introduced Linux, its various distributions and provided a quick history talk.

Neil then, proceeded by introducing Kubuntu, our Linux distribution of choice for the event.

Part 2 of the course aimed at getting the student acquainted with the somehow tedious but very simple step of installing a Linux distribution on their machines. Using a local VM, I demonstrated the installation steps and provided a 360 description of the whole procedure starting with the booting process which ended up with OS installation. 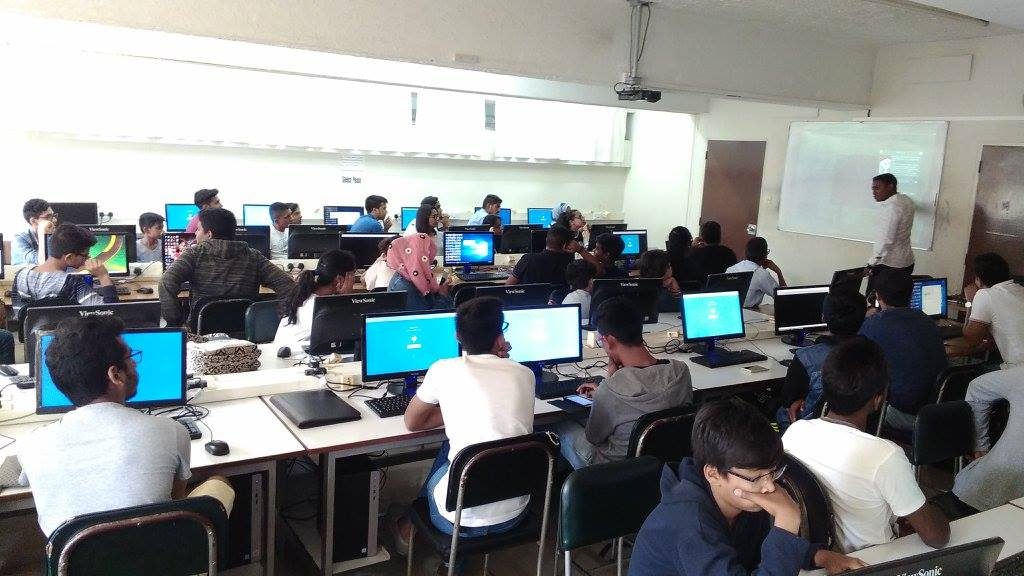 Umar took up the floor to explain the Graphical User Interface (GUI) and to show the students how to tinker the OS to their liking.

It’s is a must to say that it was very satisfying to see the students practice what they were learning right. 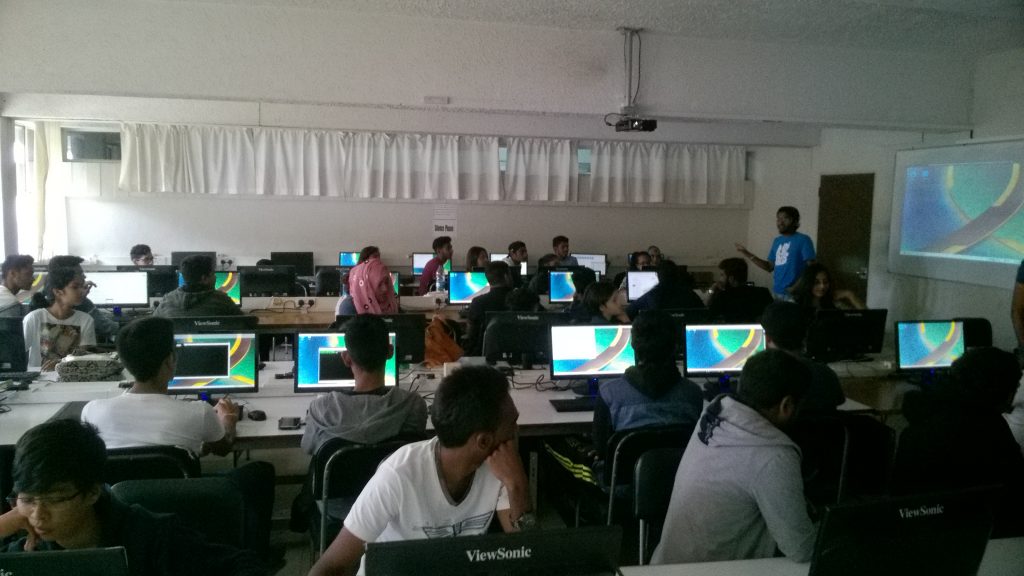 After a lot of file operations and wallpaper changing, Haidar from YouCode, got into the nitty-gritty of the Linux Operating System which is the Command-Line Interface. He did a awesome job in introducing simple commands such as ll, ls, cd and the overall functioning of the BASH terminal.

Next, Neil dived deeper into the CLI by teaching how to do basic tasks using commands such as mkdir, cp,mvand rm. As a wrap-up, I introduced and explained the usage of the command-line text editor nano. 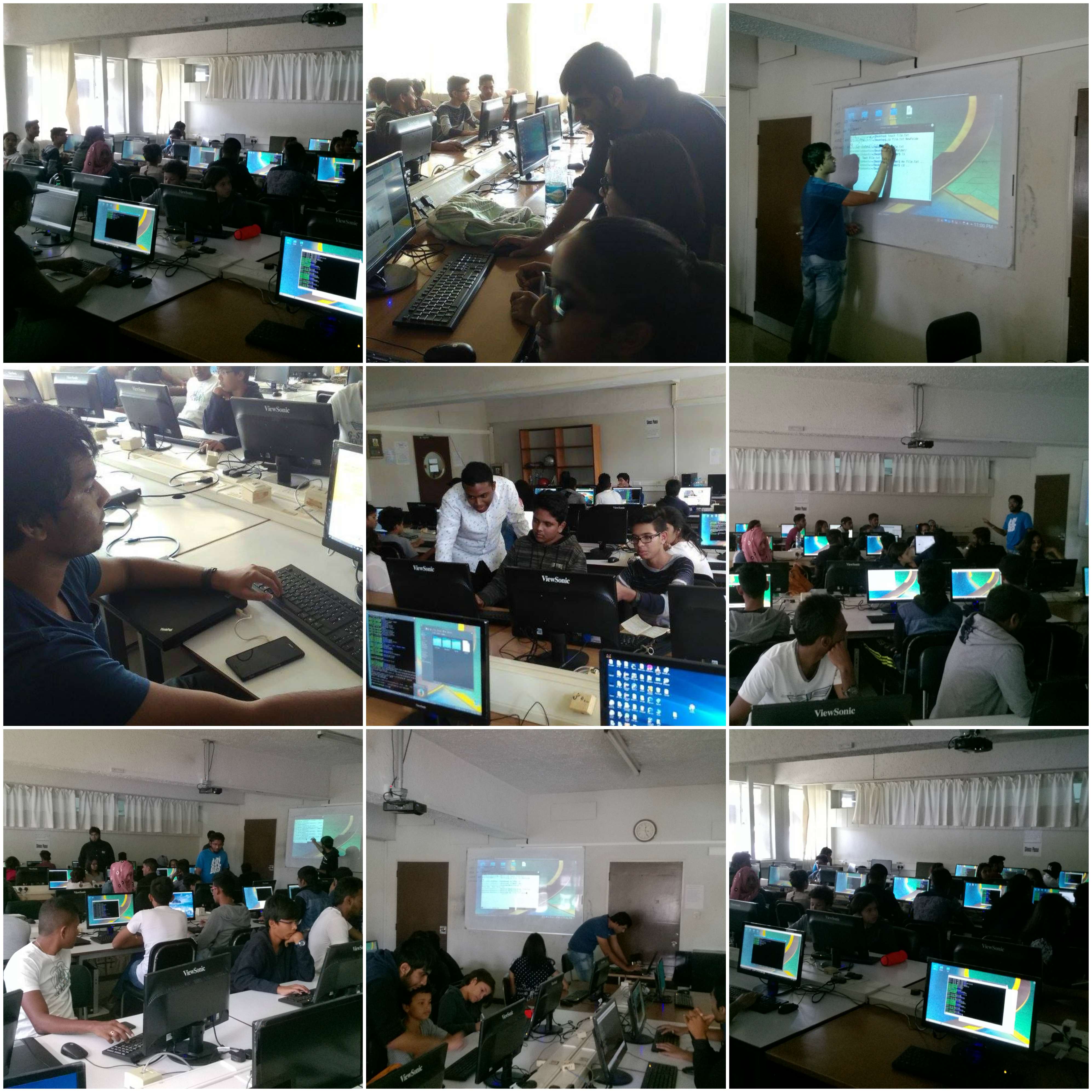 Having taught the essentials, we cornered the course into a more fun apprentissage. Using the command-line, the students were then taught how to download YouTube content both video and audio (Using a non-copyrighted source of course). With the help of analogies, they were explained and introduced to the common debian package manager; apt and understood the meaning of a software repository and how to install from it.

Finally, Rawiyah concluded with sincere Thank Yous for our sponsors and we awarded certificates to all those who attended the workshop.

On the 16th April 2016, was held the biggest worldwide Azure conference called the Global Azure Bootcamp (GAB). It was organised in Mauritius by the Microsoft Student Partners (MSP), a community of students passionate about technology how wants to stand out and help shape the I.T world of tomorrow
Those into web development would agree with me that having a local web server set up on your own computer is very useful and essential. Especially if you are using a scripting language  such a PHP, then you’ll definitely need a local  server with the PHP interpreter installed. Secondly,
The developer’s Conference claims to be the biggest I.T event in Mauritius with quite rightness. It was a three days event that took place at Voila Hotel, Bagatelle, Moka – Mauritius. The event regrouped tech experts, students and as well as enthusiasts. It was with great pleasure that I